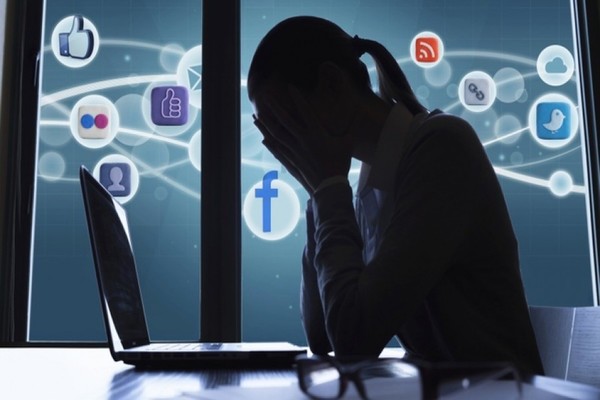 The role of the media and the question of ethical journalism/reporting have now become topics of much discussion among many following the reporting on the Easter Sunday attacks and its aftermath. Hours after the Easter Sunday terror attacks, some local electronic media platforms were flooded with “unedited” video footage of the horrific scenes, with images

The role of the media and the question of ethical journalism/reporting have now become topics of much discussion among many following the reporting on the Easter Sunday attacks and its aftermath.

Hours after the Easter Sunday terror attacks, some local electronic media platforms were flooded with “unedited” video footage of the horrific scenes, with images of bodies covered in blood. One even showed body parts of the victims.

Such images/videos of bloody outcomes of horrific incidents and reporting of other ethically questionable information dominated some local media platforms – both print and electronic – and this kind of “alarmist” reporting provoked pertinent questions.

During the last three weeks, media reports appearing in a cross section of the mainstream print/electronic media in Sri Lanka had cast a pale shadow on the role, neutrality, and objectivity of media in reporting conflicts.

By being deeply aware of the fragility of a country’s social fabric, experts say the media can play an important role in defusing tensions and reducing and containing conflicts by objectively reporting conflict-related incidents as they unfold.

Role of the media

The Press Complaints Commission of Sri Lanka (PCCSL) (a voluntary self-regulatory mechanism set up by The Editors’ Guild of Sri Lanka), the Newspaper Society of Sri Lanka, and the Free Media Movement and Sri Lanka Working Journalist Association CEO Sukumar Rockwood told The Sunday Morning that newspapers should be very careful when reporting sensitive issues. Particularly stories connected to any religious groups.

“Unfortunately, news has become a commodity today and if you don’t address it properly, it will not sell. Instead, the journalists must be very neutral in their reporting and should not promote communal or religious discord,” he added.

Highlighting the provisions of the Code of Professional Practice (Code of ethics) of The Editors’ Guild of Sri Lanka, Rockwood said:

“Journalists should not put their own opinions, thoughts, and feelings into a story and leave it to the reader to frame his/her opinion and to source the stories with credible sources who are connected to the story. For example, in a crime story, the investigating officers must be quoted.

“All journalists should have a copy of the code and must be taught to follow it in order to stay out of trouble,” the CEO of PCCSL advised.
The PCCSL further requested the readers or religious groups to complain to the commission if they find that a story violates these clauses. On receipt of the complaint form, the PCCSL satisfies itself that it is a violation of the editors’ code and forwards it to the concerned editor to publish the “right of reply”.

In Sri Lanka, news organisations are often seen as tools of political and financial elites, with little allegiance to the broader public. As a result, most of the media organisations, both print and electronic, reflect the political ideology of the owner of such media organisations, which sometimes leads to reporting biased and untrue news stories which could breed cynicism and disenchantment about the objectivity of media in matters of conflicts, especially in a polarised and ethicised society where a section of the citizens feel or imagine being disadvantaged in matters of media coverage and publicity.

If objective reporting is not taken into account, then the public would interpret this as negligence of duty by journalists and media houses at large.

After the decision taken by the Government last week to not show footage of the inspections or search operations conducted by the law enforcement authorities, including the blanket ban on showing the swords or other items found during such operations, a section of the public claimed the Government was hiding the information by restricting the media.

In reality, the lack of information can, at any stage of a conflict, make people desperate, restless, and easy to manipulate. Also, the United Nations Millennium Declaration stressed the need “to ensure the freedom of the media to perform their essential role and the right of the public to have access to information”.

Finance Minister Mangala Samaraweera also alleged that several media institutions were promoting racism and trying to implicate the whole Muslim population as terrorists by claiming that the mosques were keeping swords and giving the impression that the Muslim community was preparing to attack the Sinhala community.

Government Information Department Director General Nalaka Kaluwewa told The Sunday Morning that the Government had not restricted any sort of media freedom at present, but the media should understand the situation and act responsibly.

“The situation will not prevail for a longer time and until it comes back to normal, the Government needs the help of the media organisations,” Kaluwewa added.

Code of Professional Practice (Code of Ethics) of the Editors Guild of Sri Lanka and Free Media Movement Adopted by the Sri Lanka Press Institute,
Article 6 General Reporting and Writing

6.1 In dealing with social issues of a particularly shocking or emotionally painful nature – such as atrocity, violence, drug abuse, brutality, sadism, sexual salacity and obscenity – the press should take special care to present facts, opinions, photographs and graphics with due sensitivity and discretion, subject to its duty to publish in the public interest.

6.2 In reporting accounts of crime or criminal case, publications shall not, unless it is both legally permitted and in the public interest –
(i) Name victims of sex crimes
(ii) Knowingly name any young person accused of a criminal offense who is below the age of 16 and who has no previous convictions
(iii) Identify without consent relatives of a person accused or convicted of a crime

6.3 A journalist shall not knowingly or wilfully promote communal or religious discord or violence.

6.4 (i) The press must avoid prejudicial or pejorative reference to a person’s race,
colour, religion, sex or to any physical or mental illness or disability.
(ii) It must avoid publishing details of a person’s race, caste, religion, sexual orientation, physical or mental illness or disability unless these are directly relevant to the story

6.5 (i) Even where the law does not prohibit it, journalists must not use for their own profit financial information they receive in advance of its general publication, nor should they pass such information for the profit of others.
(ii) They must not write about shares or securities in whose performance they know that they or their close families have a significant financial interest, without disclosing the interest to the publisher, editor or financial editor.