Checklist for reporting on refugees 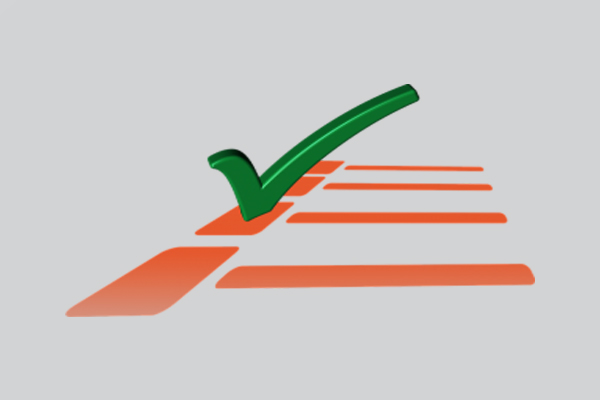 The checklist serves self-reflection and is a guide to practice, the basis for the decisions of the Press Council of Austria is of course still only the code of honour for the Austrian press. 1. Would I report misconduct even if it had not been set by a foreigner/asylum seeker/migrant? 2. Have I researched the

The checklist serves self-reflection and is a guide to practice, the basis for the decisions of the Press Council of Austria is of course still only the code of honour for the Austrian press.

1. Would I report misconduct even if it had not been set by a foreigner/asylum seeker/migrant?

2. Have I researched the topic sufficiently, do my sources go beyond mere (internet) rumours?

3. Have I presented the facts necessary for a comprehensive and balanced presentation of my topic?

5. Have I checked whether I can leave out information that might fuel prejudice without altering the meaning and truthfulness of the story or interfering with the reader’s understanding?

6. Have I checked whether certain information does not counteract other intentions (for example, no mention of origin, but mention of a first name referring to a foreigner)? Note: The mere mention of the origin of a (presumably) delinquent foreigner/asylum seeker/migrants is not an ethical offence according to the common practice of the Senate of the Press Council. Nevertheless, journalists should consider whether it is necessary in a specific case for the understanding of the readers to lead the origin.

7. Have I considered whether my coverage / my choice of words / my photo selection could offend or offend someone?

8. Am I aware of the intentions of my whistleblower/research sources?

9. Can I open an Internet forum on the subject without fear of derailment?

10. Am I sure that I have no extra-journalistic reasons to pick up this topic?

In an effort to counter claims of biased reporting on migration, particularly from groups and individuals associated with right-wing online platforms that the public broadcaster (ORF) and other mainstream media are in effect “Luegenpresse” (lying press), the ORF produced a handbook titled On Flight & Quality Journalism in which a series of guest authors discussed reporting on migration.

The texts evaluate the degree to which the public broadcaster and other media have embraced ethical standards, including accuracy and balance, in their coverage. Foremost among the concerns raised was the need to combat ‘fake news’ which many authors feel leads to increasing mistrust of migrants, as well as the need to reach out to those groups isolated from mainstream migrant reporting.

The tendency towards “negative” reporting on migrants is linked to the fact that reporting does not include the voices of migrants. Although there is a good deal of reporting on alleged crimes committed by migrants, but rarely, especially in tabloid media, are there comprehensive interviews with migrants themselves.

Noteworthy exceptions were to be found, in particular, the ORF, whose guidelines help maintain civil and nuanced reporting, without resorting to excessive bias or editorial control. Although there are examples of editorial bias, neutral and objective reporting is far more prevalent than any other trend. Of particular importance is the bilingual youth radio station FM4 which maintained a professional pro-humanitarian approach which provides comprehensive coverage in terms of source, voices, aspects and solutions, as well as in-depth analysis.

This exception has been supported by quality reporting across Austrian broadsheet press, however not necessarily systematically. Often the subjective approach of journalists and the economic pressures facing media lead to a distorted view created by what is called “negative framing” (Bonfadelli, 2010, p.183). This also involves the use of negative, fear-inducing terms such as “flood of refugees”, and the focus on fear-inducing themes such as alleged violence and criminality.

Stereotypes of the “criminal foreigner” remain the norm in Austrian media. Several scholarly studies have shown repeatedly the negative treatment of migrants by the media, as for example, back in 2001 (Meier-Braun, 2001, p.126) Meier-Braun noted that a “media reality” is created that does not conform to “real reality”. This “media reality” suggests that “foreigners are more criminal, more lazy, and worse than national citizens – at least in the minds of … average citizens”.