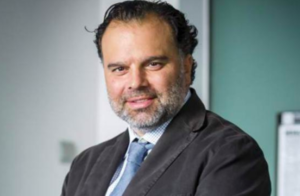 Fernando de Yarza López-Madrazo, President of the Spanish media house Henneo and the President of WAN-IFRA, contributed this article about the fundamental role of a free press in an uncertain world, which has been widely published by newspapers in Spain.   In the span of just a few weeks, the entire world has been plunged

Fernando de Yarza López-Madrazo, President of the Spanish media house Henneo and the President of WAN-IFRA, contributed this article about the fundamental role of a free press in an uncertain world, which has been widely published by newspapers in Spain.

In the span of just a few weeks, the entire world has been plunged into an inconceivable ordeal. A global pandemic has led to an unprecedented collective psychosis. The fear caused by uncertainty about the present and the future amplifies the turmoil. People get sick, and others unfortunately die. Memories of meetings with friends and family remain distant. Confinement multiplies anxiety. The situation seems to be dragging on.

Research, social awareness and rigorous prevention measures will contain the progression of the virus. We will see that sooner or later. In the meantime, we will have to overcome the epidemic of panic crossing doors and borders at an incredible speed. Overcoming this deep fear will require an unprecedented collective effort in which the role of news organisations and journalists will be essential. Only by providing information that is useful, truthful, complete, fast, accurate and committed to citizens will we succeed in curbing the panic of social contact.

Without a doubt, journalism is the best antidote to disinformation. Newsrooms at the heart of trusted media organisations are the error correction of manipulation vested by groups of interest that undermine the balance of institutions and society. These interests are multiplying just as fast as the coronavirus itself, generating a serious and confusing situation that is harmful to all of us who are suffering from it.

‘Our responsibility is more important than ever’

Under these circumstances, our responsibility as publishers and journalists is more important than ever. It is probably the greatest challenge we have faced in the past 100 years. The citizens of all countries now have a greater need for our journalistic work. We are facing a new contingency, unknown to all. The media has already shown its capacity to respond to such unfamiliar and complex circumstances with augmented competence and enhanced rigour.

Journalism is, above all, a vital public service of first necessity. Like doctors, nurses, manufacturers of medical equipment, policemen or soldiers, delivery men… we are on the front line of this common battle, even at the cost of our health, aware that we have an inexcusable duty to guarantee the citizens’ right to know the truth. Nothing else. Truth and clarity about what is happening.

Therefore, never have we been so necessary. Never has our role of social cohesion, of defending the democratic values, of stimulating solidarity and public awareness been so obvious. Never before has our desire to do the best journalism been so great. Never has our commitment to the truth been so laudable. It is an indispensable social and ethical duty.

The immense majority of our media in the world are not publicly owned, but privately owned. We are companies that despite our plummeting resources continue to be aware of our social function and how to effectively serve citizens. We have gone through critical situations. The terrible global economic crisis, which began in 2008, dealt the free and democratic press around the world a major blow and an unprecedented challenge. Many did not survive. Others undertook a difficult professional and structural transformation to adapt to continued shifts in consumer behaviour and values and the exponential inclusion of digital in our daily lives. After years of effort, we were beginning to see signs of recovery.

All of a sudden, we found ourselves in an unprecedented deadlock at the speed of light. It draws us, once again, into a perverse paradox: journalism becomes more necessary than ever, but our means of subsistence evaporate in days, and with them our likelihood to survive. Advertising has all but disappeared. Buying newspapers is becoming more and more complicated. The global economic downturn, which is unprecedented in our lifetime, has affected us in a brutal way.

It is precisely now, despite this precariousness of ressources, that we are going to demand more of ourselves than ever to fulfil our duties. We cannot and must not cease our activity. We cannot close down or take a few weeks’ rest until all this is over. We would betray the society that needs us so badly right now. We will find solutions to our problems in order to cross that bridge and reach the other side of the river without drowning in the attempt.

Now more than ever, all of us, the very media as we are demonstrating, civil society as a whole, governments, public administrations, institutions, have to conjure ourselves to overcome this trance while keeping alive our commitment to freedom of expression and the right to information.

The media are indispensable to underpin serenity in a frightened society at this time. And that serenity is achieved with truthful, complete and accurate information. No one should doubt the need for citizens to have healthy, independent, reliable and credible media.

We are putting in sacrifice, effort and responsibility on our part. We have no regrets, despite the harshness of the moment. The media are an essential pillar of democratic coexistence, with our successes and our mistakes. A society without sustainable means, which undoubtedly requires support, especially in such precarious moments, will never be able to feel free.

It’s not about profits or profit and loss accounts. That does not matter now. It’s about staying alive and continuing our commitment to serving citizens and communities, their dignity, the social cohesion and the protection of democracy. It’s about being able to continue to do good journalism despite the circumstances, even at the cost of the enormous sacrifice that is being demanded of us all in this terrible predicament. It is about the media being able to continue with its unwavering commitment in defence of freedom and the democratic future of our world. That is the challenge.